A lot of people are afraid of even hearing about mental illness.

Sometimes, this fear can become so intense that people even become scared of talking about this problem that others have.

In turn, not talking about it can cause affected people to suffer much more than they already do.

In fact, mental illness refers to certain disorders known to affect the brain and also those chemicals that have the role of sending messages to it. This in turn manifests into a change in the patient’s behavior as they start to perceive other people and the environment in which they live differently.

One of the numerous mental conditions is obsessive compulsive disorder. It ranks fourth in the top of the most common mental illnesses in America, where around one in 50 people has it. 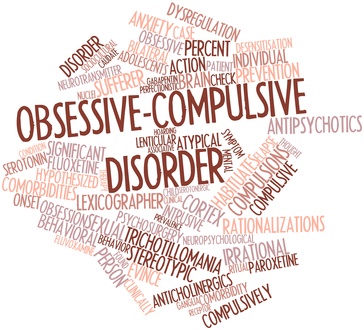 This illness manifests in two ways.

First, people suffering from it have unwanted thoughts which they cannot control. These are called obsessions. In turn, this leads to compulsive actions. These are behaviors which patients feel the need to do repeatedly. Even if they are aware that what they are doing is simply irrational, they cannot resist doing it, and this can cause anxiety or distress.

This mental illness manifests differently from person to person.

In order to better understand this condition, it may be helpful to analyze a hypothetical situation. Imagine that someone with a cleanliness obsession manifests their condition by washing their hands no less than twenty times per day, by always wiping handles and doorknobs, by constantly rearranging cabinets and by repeatedly checking for all things to be properly arranged. Even if they are aware of their condition and that they know their behaviors are inappropriate and unreasonable, people suffering from OCD unfortunately cannot control the illness.

As it is with many mental illnesses, the cause of OCD has not been identified yet.

However, there seem to be certain risk factors which can set it off. Among these is a hormonal imbalance in the brain.

Also, changes in the nervous system structure, for example, an increased brain grey matter. In addition, another factor that could lead to this condition is working in an environment which you have to repeatedly do something, for example in aircraft mechanics, where you must always check airplane parts.