Drug Addiction
and Some Ways of Treating It

Nowadays, most people tend to associate addictions with using drugs that are illegal.

However, substance abuse is made up of any kind of hazardous dependence, including using prescription drugs (not as prescribed) or drinking too much alcohol. 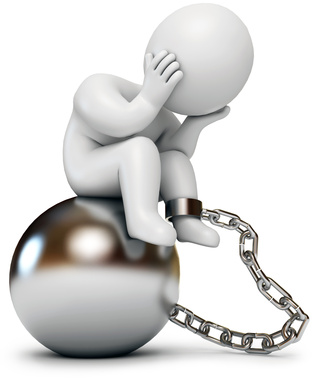 For a long time now, society has regarded substance abuse as a moral fault or a personal failing. However, in these modern times it is recognized that substance abuse in fact represents an illness.

This illness is characterized by the brain becoming addicted to some substances which deliver to it neurotransmitters like serotonin or dopamine. Cocaine, methamphetamine, marijuana and other street drugs like them are known to have the same effect on the human brain as legal tobacco, inhalants, and alcohol do.

These substances are known to increase the neurotransmitters' production. In turn, this can result in drunkenness or in the relaxation of nerves, and cause a rise of dopamine levels, representing the substance abuse’s roots.

Because alcoholics, illegal drug users, cigarette smokers and those who misuse prescription medication continuously abuse these substances, their brain loses the capacity to produce essential neurotransmitters. As these are responsible for feeling certain things like pleasure, these substance abusers become dependent on and addicted to those substances. This process results in the intense feelings which they crave.

As mentioned earlier, for substance abusers, the societal attitudes concerning addictions have nowadays softened. In addition, there are now widespread programs available used to treat those affected.

Moreover, there are many rehabilitation clinics which assist people who are suffering from chemical dependency. These centers help them deal with the cravings they have and also provide psychological, personal and spiritual advice throughout the entire recovery process.

Those people choosing to go to AA or NA meetings can expect multiple accessible meetings which are held in almost all major cities across the United States. Usually, these meetings serve as part of therapy session, part emotional support, and part confessional all at once.

There are kits which are now available used to test for street drugs. These are usually inexpensive and can be found at your local pharmacy. They can be used in the privacy of a persons own home. These are really worth the effort, as the destruction and chaos that drug addiction can wreck can be far reaching and extensive. Almost all societal aspects, from our courts and legal system, to the field of medicine, to schools and families; nearly all are touched by the damaging power of substance abuse and addiction. The battle that can be fought in order to combat it will always be worth fighting.

You too can stop drug addiction and substance abuse by acting when you see the beginning stages of addiction. Some of those early signs are:

You can openly talk to the affected person about the concerns that you have, as making them realize that they have a problem can be the first step in helping them solve it. Be bold and suggest a drug test when you notice those early signs. Moreover, remember that prescription pills like Vicodin or Oxycontin are in the substance abuse category and that taking them can turn into a habit which must be stopped.